With the lighting for the school of special education, LEDVANCE LED lighting solutions meet high expectations in terms of light distribution, glare and energy efficiency.

Koninklijke Visio Onderwijs Breda is a school with high requirements on glare for children with multiple disabilities. In addition to a visual disability, all pupils have a mental disability. This target group has therefore really specific lighting requirements. The glare angle and the uniformity of the lighting played a very important role in this project.

In close cooperation with LEDVANCE, a suitable lighting solution with low UGR, glare-free luminaires were sought within the portfolio of the LEDVANCE LED luminaires for the entire building. For the illumination of the classrooms, the solution was found in the LEDVANCE LINEAR INDIVILED DIRECT DALI, in 1500 50W and 1200 33W. This was the ideal luminaire for the application as it met the strict requirements of the project. One of these requirements was that the radiation of the lighting at an angle of 45 degrees should not exceed 500 candelas per square meter. In addition, the UGR had to be ≤ 16 and the light color 3000K – Warm White.

The benefit of LEDVANCE LINEAR INDIVILED DIRECT DALI luminaire is a uniform light distribution and low glare of UGR < 16 thanks to its IndiviLED optic. In addition, the luminaire achieves maximum energy savings of 50 % compared to conventional luminaires with T5 tubes.

"The new lighting solution by LEDVANCE has realized an energy saving of 60%.  The lumen levels on the other hand has more than doubled compared to the old lighting," wrapped up Bart Verkerke the technical advisor at BINK Elektro.

With offices in more than 50 countries and business activities in more than 140 countries, LEDVANCE is one of the world's leading general lighting providers for professional users and end consumers. Having emerged from the general lighting business of OSRAM GmbH, LEDVANCE offers a wide-ranging assortment of LED luminaires for a broad spectrum of application areas, intelligent lighting products for Smart Homes and Buildings, one of the largest LED lamps portfolios in the industry, traditional light sources, electronic components and light management systems. Based on an agreement with OSRAM, LEDVANCE will continue to use the trusted OSRAM brand for many of its products (SYLVANIA for the USA and Canada). Further information can be found at www.ledvance.com. 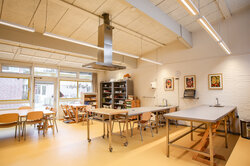 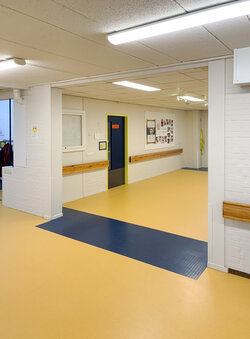 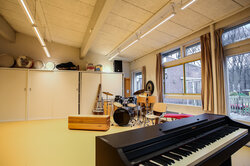 Find contacts for all countries